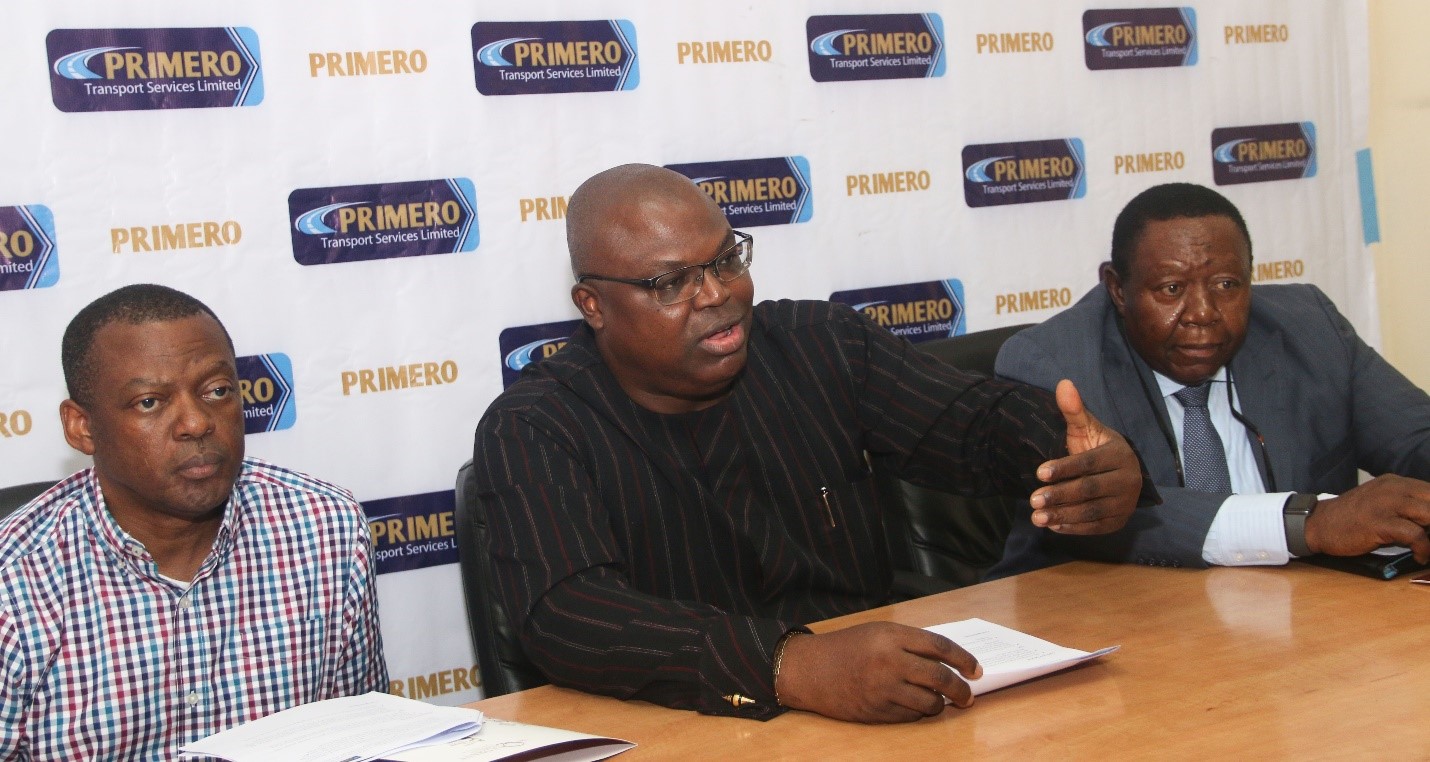 By admin7th November 2018 No Comments

Primero Transport Services Limited, a leading transportation and allied services provider, hosted media stakeholders at its premises in Ikorodu, as part of activities to mark its three-year anniversary.

The media parley was carried out to thank key stakeholders for the support the company has received since its inception. They also conducted a facility tour to showcase the thoroughness, quality and standards that Primero has set. Primero Transport services Ltd. is a privately owned company with an ultra-modern facility in Ikorodu which boasts of a fuel storage facility, an automated washing bay, a maintenance workshop, a warehouse and a control room driven by technology.

In his opening remarks at the event, Mr. Fola Tinubu, Managing Director of Primero Transport Services Ltd. said, “Although three years feels relatively new, we have made significant strides in this short period. We are happy to serve the people of Lagos State and know that our work here will be integral in our quest to becoming Africa’s leading transportation provider”. He further noted that Primero Transport Services Ltd. has introduced the card system scheme to Lagos- the cashless system, enables passengers to travel seamlessly and eliminates leakages which are often associated with cash transactions. In the same vein, Mr. Tinubu appreciated Primero’s staff for keying into the vision and working to ensure the company’s mission statement is met; while tirelessly serving its esteemed customers. The MD went on to express Primero’s commitment to excellence, as evidenced by their fully air-conditioned buses which are outfitted with free Wi-Fi.

Mr. Tinubu went on to state the challenges to doing business saying, “Too many people rely on our service daily for government to cap our ability to generate revenue and not do something about the ever-increasing cost of doing business”. The increase in cost of operation has affected everything from the price of diesel to the price of spare parts, which, at times, has hampered Primero’s operations.

In order to overcome these, and many other challenges of doing business locally, Mr. Tinubu shared that Primero Transport Services has signed a Memorandum of understanding (MOU) with the biggest bus manufacturer globally to ensure that going forward the company would start assembling buses locally. This new initiative, which will take effect next year, will work to bring jobs and revenue to the nation while hopefully reducing Primero’s operational costs.

Primero’s future plans include expanding their number of routes, but noted that this can only happen with approval from Lagos State Government.

Primero Transportation Services Ltd. prides itself as socially responsible, in just a few short years it has impacted people through its various CSR activities and improved the quality of life for the millions of commuters it has served thus far.