By admin12th January 2021 No Comments

Popularly referred to as number one bus conductor, Mr Fola Tinubu is the Managing Director, Primero Transport Services Limited. In this interview with SEGUN KASALI, he shares the challenges confronting the transportation sector in Lagos State and Nigeria, among other issues.

WHAT gap exactly did you intend bridging with the introduction of BRT buses in the state?

Actually, Lagos State government decided it wants corporate involvement in the transportation sector, not just the informal sector (Agbero) and all that. So, they put out the Request for Proposal (RFP) and we submitted our proposal. They shared some figures with us which we liked. We are Lagosians, and we believe in Lagos. We want the best for Lagos. We have travelled all over the world to see how things are run there. So, we thought it was an opportunity to take Lagos State to the next level. That was why we decided to step into the void and invest in public transportation.

Has the void been filled now?

We have set the pace but we are not there yet in so many perspectives. We are yet to cover the whole of Lagos State and I am not just talking about Primero now, but other corporate operators which is what Lagos State is trying to achieve presently. They have invited other corporate companies to join in the public transport space. We have to cover the whole of Lagos State not just from Ikorodu to TBS. Secondly, we need to perform better by making sure that people enjoy the service and not wait too long at bus-stops. Hence, we need to bring in more buses; we need to invest in technology, we need to invest in our people by training them. So, we are not there yet.

What then are the stumbling blocks?

Finance generally. We cannot run away from the social element in our business. The federal and state governments need to help us by sourcing for cheaper funds. We are presently getting commercial rates from the banks and commercial rates cannot work in this sector. The banks don’t lend money for long terms. First of all, this business needs money that would involve a long tenure. It must find cheaper money. We went to the bond market last year and the rate we are paying on our bond is 17.5 per cent which is still very high. We are trying to refinance it now to bring it down. Hopefully, we would get a single-digit rate. Both the government at federal and state levels need to help the transport system to source for cheaper rates of funds because the amount of money that needs to be invested in this sector is huge. For example, if you want to bring in just 100 buses to Lagos today, you need between N7 billion and N10 billion. And we are talking about a lot of buses and the same thing with train, ferry etc. But, if we find low-cost of borrowing, then we can pass it to passengers at a lower fare. But, if we are borrowing at a commercial rate of the 20 per cent, there is no way passengers will pay enough to justify that. And if the company does not break-even, it will collapse eventually.

Is your company profitable?

I cannot disclose our financials on the pages of newspapers but, I can assure you that the BRT operation itself is profitable. But, if you add the financial elements to it, it will be something else. That is why we have been working for the past two to three years to find a cheaper source of funds to make it more manageable. So, until we get that, it is going to be tough.

Has the value media platform been helpful in that regard?

What then are the challenges confronting the transport sector, specifically in the state and Nigeria in generally?

The largest part is investment because the transportation sector needs huge investment. And I don’t care what you do. Lagos State government cannot do the investment by itself because it does not have the financial resources to do it by itself.

So, what is the solution?

The solution is to get private sector and investors to come in and invest massively. And that is what I keep saying if you want investors to come in, there must be a modicum of profit for them. It is a political decision whether they should not make more than XYZ amount as profit and this can be worked out. You cannot run this if you don’t charge the right amount. The commuters don’t want to pay more because income is low in Nigeria. All over the world, people spend on average, about 20 per cent of their income on transportation. But, in Nigeria, it is over 50 per cent and sometimes as high as 70 per cent of their income on transportation. I can fully understand why they will not want an increase in fares. But we all also agreed that the government should not run public transportation because we have tried it before when the government ran it and it was not successful. If you want the private sector to come in and invest, then you should allow them to charge enough fares to cover their cost and make a modicum of profit. They will not invest if there is no profit in it for them because there are other sectors, they could invest their money with little or no issue other than the transportation sector. So, it must be profitable. Look! I am not advocating for subsidy. But, if the government cannot subsidise, then the private sector must be allowed to charge the right fare. People tell me the danfos are making money and I said yes, they are because they are not regulated. They charge whatever amount they like. Whenever Primero goes off work, the danfos triple their fares. So, they are making money because they are not regulated. I cannot wake up tomorrow and say I want to increase my fare. I have to get permission. There is a political dimension to this because the government is involved. And I fully understand why they are doing what they are doing. If I were in their shoes, I would make the same kind of decision also because their number one job is to make sure they look after the populace and ensure people are happy. But, my job as the Managing Director of this company is to make sure that the company is successful and that the business stays alive. Who pays for what is a political decision and I have been saying for three years now that the government should set up a roundtable discussion where the government, the commuters should seat and the operators should seat and discuss and come with a pricing decision.

Do you mean a transportation summit?

Is this not why the government is phasing out Yellow buses?

I have heard that also that the yellow buses and the okadas will be taken to the suburbs to do the last miles. But, for that to happen, the organised sector needs to invest heavily. Because Lagos State needs about 7000 buses and right now, I don’t think all the buses in Lagos state are more than 2000 or so. So, there is a need for a massive amount to be poured into this sector. If there will be a massive investment, we need to get the pricing right. I like what the Lagos State government is doing with cowry card and the electronic payment system because it will block leakages. But the pricing must be right.

What should we expect differently from Primero Transport Services in 2021?

A lot should be expected of us in 2021. Like I said, we are investing heavily. We are bringing new buses in. What I can tell you is that the buses will be using gas and not diesel.

Could you explain why you said the busses will be using gas instead of diesel?

First of all, gas is cheaper. Secondly, it is good for the environment. We need to leave a better environment for our children and grandchildren. It also makes a lot of business sense since diesel is our number one cost and if we can cut the costs by half, it will lead to a lot of savings and it will help our bottom line.

Count your losses to the aftermath of the EndSARS protest in Lagos especially when those BRT buses were burnt.

They burnt about 80 buses but those buses belong to the state government and not ours. Luckily for us, none of our buses was touched. But, some of our buses were vandalised during the riot and even after the EndSARS. But I have to say this clearly- there is no justification for the destruction of buses or properties. This is because it is still you and I that will use the buses.

How do you feel being called a bus conductor?

Is that not my job? I used to go to bus stops, practically every day to monitor my people but it has reduced now. You would see me there in the morning and afternoon just to see how our operation is going. There was a time I was there and one of our inspectors was absent and I had to handle ticketing for that period. The bottom line is it is my job and I am proud of it 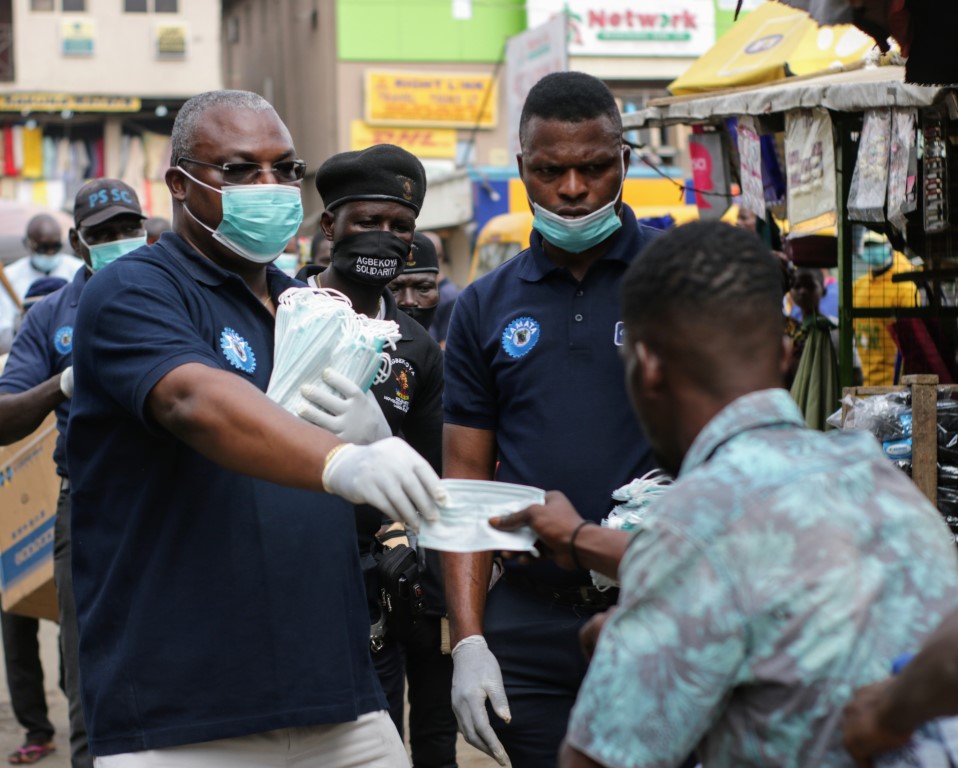